The Nigerian president’s chief of staff, Abba Kyari, has died after contracting the world pandemic virus Covid-19 as Corona virus deaths in Nigeria stands at 17 and hits over 1,000 on the continent of Africa.

Kyari’s death is a major blow to the Buhari presidency. It leaves a gaping hole in the administration as it juggles responding to a Coronavirus outbreak—which is likely to tip Nigeria’s economy into its worst recession in 30 years according to the IMF—and battling multiple insecurity challenges, including a devastating Boko Haram

The news of his passing was broken on twitter, Friday night by presidency spokesman Garba Shehu stating the regrets passage of the Chief of Staff to the President, Mallam Abba Kyari,

“The deceased had tested positive to the ravaging COVID-19, and had been receiving treatment. But he died on Friday, April 17, 2020,” he said in a second post on Twitter. Spokesman Femi Adesina also confirmed the death.

Kyari’s was the highest profile death due to the disease in the West African country, which has 493 confirmed cases and 17 deaths, according to the Nigeria Centre for Disease Control. The state governors of Bauchi (Bala Mohammed) and Oyo (Seyi Makinde) both contracted the virus in March and have recovered. The Kaduna governor Nasir El-Rufai is still in care.

You would recall that Kyari had travelled to Germany in early March with a delegation of other Nigerian officials for meetings with the company, Siemens. He attended meetings with senior government officials upon his return to Nigeria.

Nigeria still has a relatively low number of confirmed COVID-19 cases with just 493 and 17 deaths, relative to its 200 million population compared to her counterparts globally. But there have been significant concerns the country is not giving enough tests to be certain with just around 7,000 tests done. 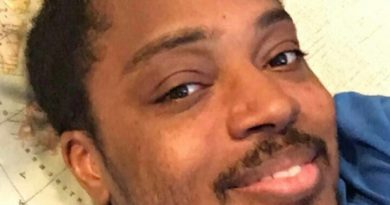 Police Must Produce My Accusers Dead Or Alive – Melaye