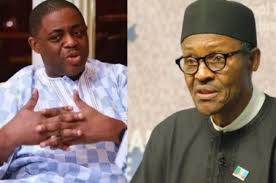 Former Minister of Aviation, Femi Fani-Kayode took to his social media platform (twitter account) and reacted to Femi Adeshina’s defense of President Buhari’s reported request to the World Bank to focus development plans in the North.

In his tweet this mornng, FFK as he’s fondly called says, ‘Femi Adesina says the conversation that took place between his boss Buhari and the President of the World Bank was “twisted”. Truth is that the only thing that is twisted here is Buhari’s brain and his inglorious attempt to befudge the issue.Simply put he hates the south!‘.