The immediate past Kano State Commissioner of Works and Infrastructural Development, Engr Muazu Magaji, who was relieved of his appointment following alleged unguarded utterances he made against the person of the late Chief of Staff to the President, Malam Abba Kyari, has finally cleared the air of what he actually meant.

Engr Muazu in a statement he issued on Sunday, said he did not celebrate Kyari’s death but people misunderstood what he meant.
Governor Abdullahi Ganduje had through the state Commissioner for Information, Malam Muhammad Garba, in a statement said the Commissioner of Works and Infrastructural Development, Engr. Mu’azu Magaji removed from office following his unguarded utterances against the person of the late Chief of Staff to the President, Malam Abba Kyari.

He explained, “I want to sincerely clear up what a lot of people may have misunderstood and set the record straight. As a Muslim and a patriotic Nigerian, I was only misunderstood by people to think that I celebrated Kyari’s death, the truth is I did not.”
The former Commissioner added, “Not only that, I made several posts mourning Kyari’s death on my same Facebook account and through my special assistants, but the general public couldn’t commend such, rather tend to capitalize on a phrase post that was given another set of definition and direction as well as negativity in other to tarnish my reputable image as a member of Dr. Abdullahi Umar Ganduje administration and his loyalist and that of our national party, APC.

“The use of “win win phrase” was basically an attempt to explain the Islamic Promise on the people that died as a result of any kind of pandemic. The late Mallam Abba Kyari was privileged to die as a result of COVID-19, making him among the beneficiaries in Islam. He is conferred with the automatic privilege of martyrdom.

“Our Rasul S. A. W assured on the path of martyrdom in Sahih al-Bukhari, Kitab al-Jihad wal-Siyar. Even Sheik Isah Ali Pantami has taken time to explain more of this. By this, the death of Mallam Abba Kyari is a big win for him, which is almost the dream of every Muslim.

“On the other hand, Nigeria equally has the opportunity to restructure the office of the Chief of Staff, where I called Mr. President to ensure that we can utilize the pandemic challenges into more strengths, by disintegrating the power of the office for a rapid administrative flow, which over and above anything, our constitutional democracy is meant to achieve and function so often.”

Engr. Muazu Magaji said, “ln an emotional reaction to my posting, agents around the office of the late Chief of Staff misunderstood my whole meaning, infuriated from the loss of their benefactor, as such petitioned my principal, His Excellency Abdullahi Umar Ganduje, the Governor of Kano State, they twisted the narrative with explanation completely out of context and lacing it with religious and cultural connotations that made it necessary for our Principal the Executive Governor to show leadership and solidarity with the dead by relieving me off my position in Kano State as his Commissioner of Works and Infrastructural.”

The former Commissioner said he is confident that the Governor must make such a difficult decision as a conditional sacrifice to appease the aggrieved individuals who were bereaved, especially from their loss. “I understand the difficulty of the circumstances, both from misunderstanding my post, to the Governor’s decision and in general the pains of people in Abuja. l understand perfectly well.

“Wholeheartedly, I want to use this opportunity to reiterate that as a devout Muslim, I could not have celebrated the death of any human being; because it’s against my culture, social civilization and most importantly the teaching of my religion.

“I equally want to appeal to all people, especially those in Kano to give people the benefit of doubts by accepting their explanation on what they actually and truly mean by themselves,” he explained.

He apologised for any misunderstood action, reaction and inactions, adding, “We are all in a difficult time that anxiety, worries and depression make understanding and misunderstanding very difficult. I am so sorry for any pain I might have caused both the families of the late chief of staff and my boss, His Excellency Abdullahi Umar Ganduje. I am forever loyal to my boss; the Governor of Kano State and indebted to all the people of Kano state.

“I want to plentifully remain grateful to His Excellency for the opportunity he gave me to serve my state under his administration and am pleased to leave not on account of fraud, insubordination, dishonesty, treachery, disloyalty, betrayal, act of incompetence or undermining the government or the people of Kano; but due to this unfortunate misunderstanding and miscommunication of my Facebook post. I assure you that everyone will calmly understand my meaning by revisiting everything I’ve said. I am only human; perfection is never part of our creation.

“I pray for Allah to grant the late Chief of Staff eternal rest in AlJannah Firdaus and give his family and associate the fortitude to bear his loss. May Allah continue to help the people and government of Kano State to achieve higher advancements.” 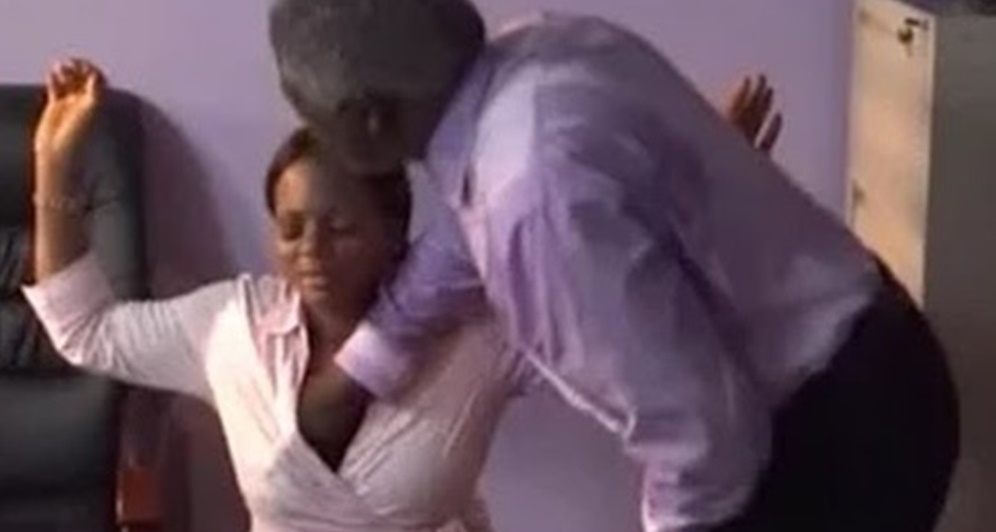 Pastor: I Suck Women’s Breasts To Heal Them | Trait News