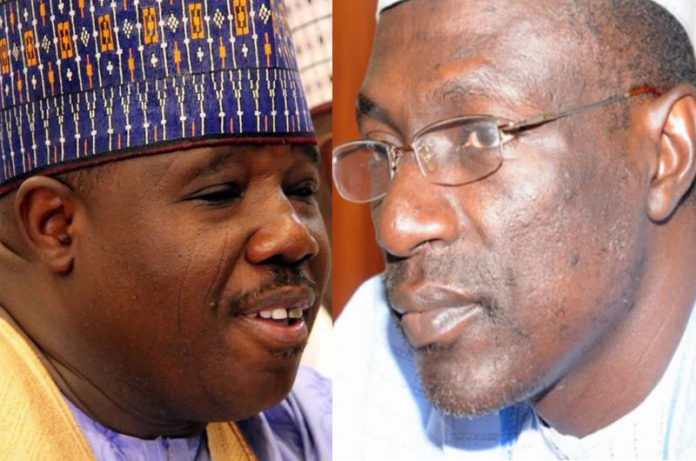 The Supreme Court unanimously struck out the application filed by the factional National Chairman of the Peoples Democratic Party, PDP, Senator Modu Sheriff, against his rival, Senator Ahmed Makarfi. 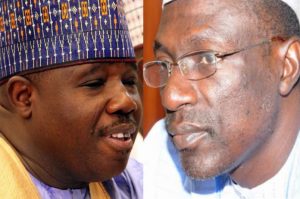 The court proceeding held on Monday, wherein the Sheriff’s lawyer, Akin Olujimi, presented his argument on the application by his opponent as abuse of court process because Mr. Makarfi ought to have requested the leave of court before making the application.

Sheriff argued that the Makarfi’s faction was not recognised by the party and that he (Sheriff) as the legitimate chairman did not authorise anyone to file an appeal on behalf of the party. Mr. Olujimi prayed the court to dismiss the application.

in response, Mr. Makarfi’s lawyer, Wale Olanikpekun, also prayed the court to disregard the argument of Mr. Olujimi, describing them as baseless.

In a verdict instill by Chief Justice of the Federation Justice Walter Onnoghen, he iterated that, the laws of the apex court, encourages an appeals ought to been filed within three months after the appeal court ruling and the application in question was so filed and as such is deemed filed. He therefore gave the ruling in favour of the Makarfi faction, and awarded an unstated fine against the faction led by Ali modu Sheriff.