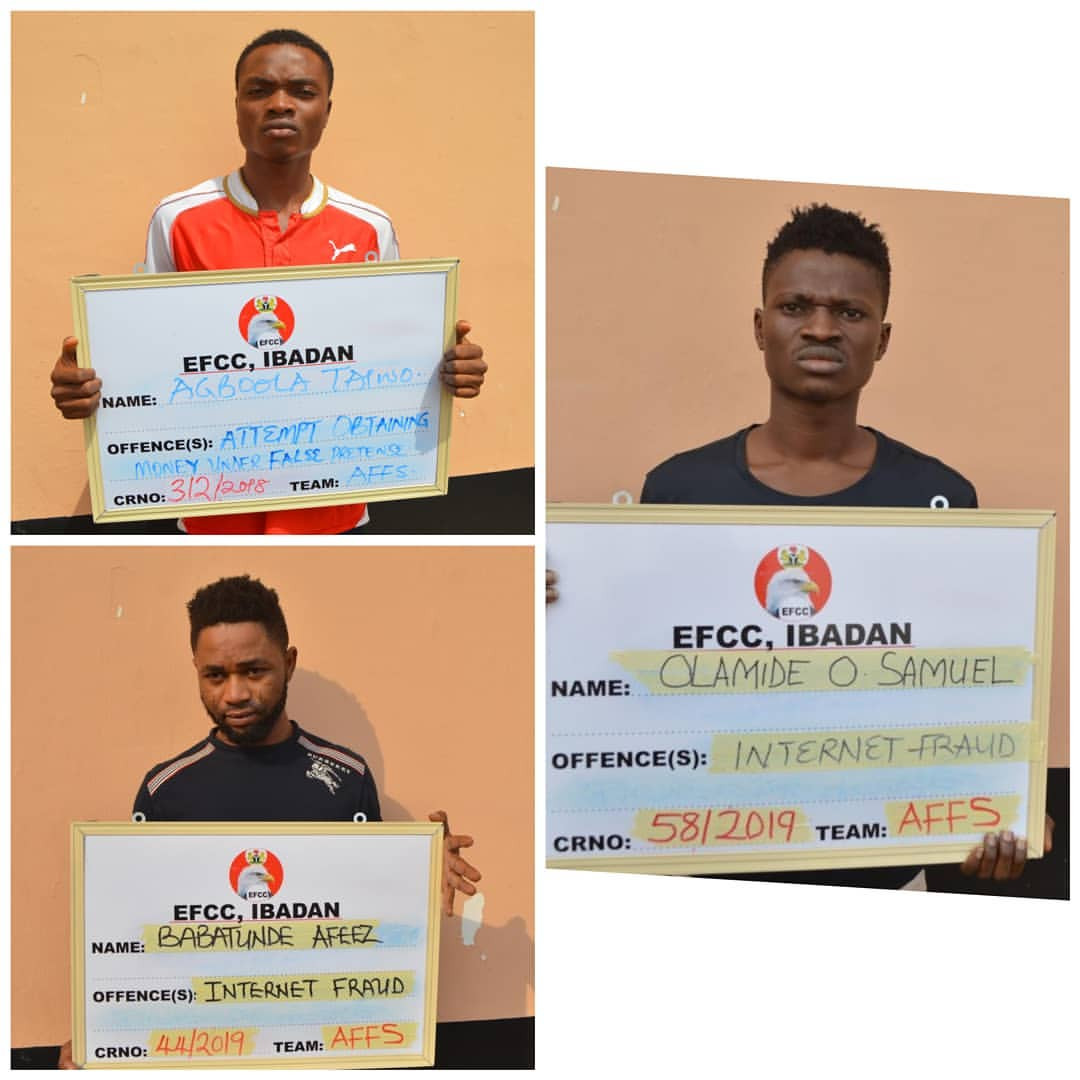 A statement from the antigraft agency says the suspects were arraigned separately before the judge, and charged with different offences, all bordering on obtaining money by false pretence and possession of fraudulent documents.

They all pleaded “not guilty” to their respective charges.

Counsel prosecuting the first and second defendants, Sanusi Galadanchi, and his counterpart prosecuting the third defendant, Shamsudeen Bashir, both prayed the court for a hearing date and also for an order to remand the defendants in prison.

The defence counsel for the three defendants, E.E. Jacob, however, informed the court that he had bail applications for his clients.

Justice Ajoko adjourned the case of the first and second defendants to March 20, 2019 for hearing of the bail applications, and April 12, 2019 for trial.