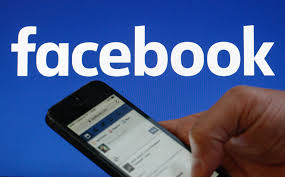 Three Men in Court for alegedly hacked into the Facebook Account and stoleN9.1 Million from the Lagos State Assembly Speaker, Hon. Mudashiru Obasa.

The accused persons are Frank Nwokobia, 27; Ezeoke Kanayochukwu, 25; and Godwin Essien, 28 standing trial on a five-count charge bordering on conspiracy, fraud, impersonation and identity theft. They were Monday re-arraigned before Justice Oluremi Oguntoyinbo of a Federal High Court,

According to report, The trio had been earlier arraigned before vacation judge, Justice Chuka Obiozor in September.

The accused are being prosecuted by the State Criminal Investigation and Intelligence Department (SCIID), who alleged that the men hacked the Facebook account Obasa and stole N9.1 million.

At the re-arraignment on Monday , the Prosecutor, Mr William Ologun, informed the court of the charge against the accused and urged the court to take fresh pleas.

However, the accused denied the charge and their lawyers — Mr Elvis Keshi and Mr A. C. Nwajiugo — urged the court to admit them to bail on liberal terms.

Their bail applications were not opposed by the police.

Consequently, Justice Oguntoyinbo admitted them to bails in the sum of N5 million each with a surety each.

The judge ordered each surety to deposit the title documents and Certificates of Occupancy of their landed property with the court’s Deputy Chief Registrar.

They are also to provide three years tax clearance, while the surety’s official and residential addresses as well as their phone numbers should be verified by the prosecutor.

She adjourned trial until Nov. 28.

The  charge indicated that the accused sometime in May, hacked Obasa’s Facebook account and retrieved information with which they withdrew the alleged sum from his Guaranty Trust Bank’s account.

After the Speaker reported the incident to the police, the accused were arrested at different locations in Delta.