Former Deputy National Publicity Secretary of the All Progressives Congress (APC), Timi Frank, has written an open letter to the Secretary-General of the United Nations UN, Antonio Guterres, to trial President Muhammadu Buhari  for genocide and crimes against humanity over the killings of members of the Islamic Movement of Nigeria (IMN).

He said the attack on Shia members by the army was a sign of President Muhammadu Buhari administration’s total disregard for the rule of law and insensitivity towards the sacredness of human lives and the dignity of the persons.

Frank also copied the United State of America (USA), British High Commission, delegation of the European Union to Nigeria, France and Germany through their embassies in Nigeria.

He said while the military has put the combined fatality figures to about 10, IMN sources said over five dozen of their members were killed and a higher number injured.

“Reports say over 400 were arrested and being detained by the police. While exact casualty and fatalities figures are unavailable at this time, I believe that a high-powered inquiry into the incident by the UN would reveal the true extent of the extra-judicial murders committed by the military against free citizens”, he said.

“Therefore, I call on you to use your good offices to ensure that the incidents are investigated and the army and by extension, the Buhari administration held to account for the gruesome violation of its citizens rights to life and peaceful assembly.

“The extra-judicial killing of the Shia members negates all known UN statues, protocols and resolutions. I urge you to ensure that these violations are not wished away by the Nigerian government over claims by the military authorities they they only responded to undue provocation by the sect.

“The use of live ammunition against innocent protesters constitute crime against humanity which must not be glossed over by the United Nations and other human rights watchdogs across the world.

“To show the level of complicity of the government in Nigeria, the presidency has neither condemned the use of live ammunition against unarmed protesters nor announced any containment measures to prevent its escalation. One thing is clear and I want the UN to take notice of it. The Nigeria government has continued to kill Christians and Shia members unprovoked and unchallenged.

“The UN can stop this ongoing madness by invoking its relevant protocols that punishes crimes against humanity and genocide. It is lamentable to note that the Nigerian government under the present dispensation has since abdicated their primary responsibility which is the security and welfare of the citizens.

“A situation where security forces willfully shoot and kill unarmed Nigerians on a peaceful demonstration shows that state agents are being illegally used to unleash unimaginable terror against Nigerians. I dare say that no President in the history of Nigeria has hated its people like President Muhammadu Buhari has done. No President has ordered and supervised the killing of its citizens from IPOB to Christians and now Shi’ites like President Muhammadu Buhari. This must stop!”

On Tuesday, the FCT Police Command announced the arrest of some IMN members with 31 bottles of petrol bomb and other dangerous weapons being ferried into Abuja.

The command said the members’ plot was to attack innocent citizens, including law enforcement agents deployed to protect lives and property. 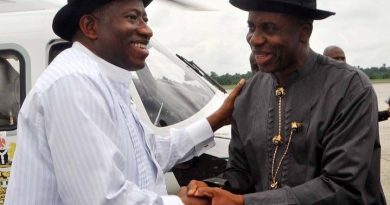