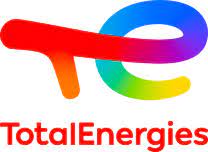 The Economic and Financial Crimes Commission (EFCC) has launched a probe into alleged bribery and abuse of office involving a top official of Total E&P Nigeria Limited.

Following EFCC’s close up, the firm has retired the top Executive.

The same bribery allegation led to a replacement of an Executive Director by Total from the board of the Nigerian Liquefied Natural Gas (NLNG).

Investigation revealed that the hasty retirement of the Executive Director was suspected to be a move to cover up the bribery scandal.

It was learnt that the EFCC had been on the probe in the last six months to uncover illegal deals in the oil sector.

All the parties to the bribery have been striving to bury the scandal because of its corporate implications.

It was learnt that the hasty retirement of  the Executive Director  was done to sacrifice him.

The EFCC has however asked Total to explain  the steps it had taken on the scandal.

In an April 4, letter to the Managing Director of Total E&P Nigeria Limited, which was signed by the Director of Operations of EFCC, Mr. Abdulkarim Chukkol, the anti-graft agency requested for some details on the Executive Director.

The letter said: “This commission is investigating an alleged case of conspiracy, bribery and abuse of office in which the need to seek for information from your office has become imperative.

“Information at our disposal reveals that the above mentioned is an employee and a representative of your organization on the board of Nigeria LNG Limited.

In the light of the foregoing you are kindly requested to furnish the commission with Certified True Copies of the following information to enable us progress on the investigation: (a) Date of employment and details of Emolument package from inception of service till date; (b) Date of his appointment on the board of Nigeria LNG Limited and (c) Any other information that could assist the investigation

The Chairman of NLNG, HRH Edmund Daukoru(a former Minister of State for Petroleum Resources) insisted that the company will not lower its standard under any guise.

“What is more symbolic with the roll-out of the new organisation at Total is the turn of events symbolising a big lesson from one of the laws of nature,” a senior member of one of the unions told reporters.

“Mike Sangster had given full powers to one of its fast-rising executive directors, Mr. Patrick Olinma, to design the structure and he went ahead to package a juicy position/portfolio for himself that combined important roles previously held by two directors and even more into one so that he (Olinma) would become the super director.

However, he was caught up just before roll-out when he was investigated by the EFCC agencies and an internal audit for alleged professional misconduct and corrupt enrichment.”

Among the allegations being investigated is that he deceived the sister company, Total Plc, listed on the Nigerian stock exchange, by using his pseudo company to purchase a luxury apartment previously owned by Total Plc in Ikoyi without Total knowing that he was involved.

He is also being investigated over allegations of collecting bribes and kickbacks.

In what seems to be a preparation for a showdown, the employee unions continue to exert pressure on Total Nigeria’s management on the organisational restructuring, insisting it is a ploy to “execute the 50 percent staff reduction in Nigeria”.