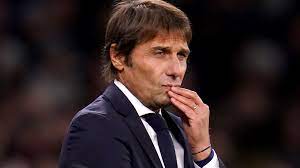 Tottenham boss, Antonio Conte has opened up on his anger with Bayern Munich over the German side’s approach to striker Harry Kane.

Conte said Bayern boss, Julian Nagelsmann is displaying a lack of respect after the German openly admitted he would be interested in signing Kane.

Bayern wants to sign a direct replacement for Robert Lewandowski, who joined Barcelona this summer.

But with the way things are going at the moment, the Germans may be relying on the likes of new signing Sadio Mane and Serge Gnabry to fill the void left by the prolific pole.

England captain, Kane would represent something close to a like-for-like Lewandowski replacement but he is unattainable this summer.

Nagelsmann had on Friday said he was a huge fan of Kane and that a move in the future would not be out of the question.

And after Tottenham’s 2-1 over Rangers at Ibrox, Conte was asked about Nagelsmann’s comments.

He said, “For sure I’m a coach who doesn’t talk about players from other teams. I don’t know why [this happened].

“Harry is a part of the[Tottenham]project. He is a very important part of the project and yeah only rumours.

“If I want to do something I go to speak to the club, not through the media. I think maybe it’s a bit disrespectful to the other club. This is my way.”