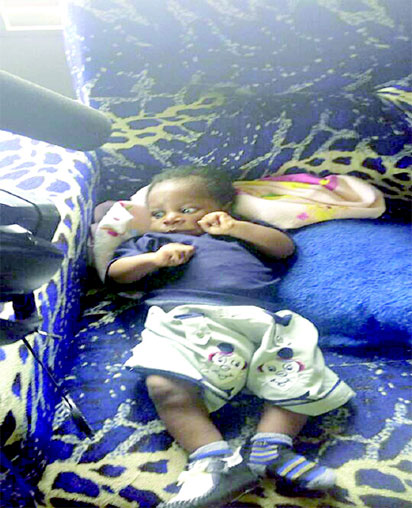 New born baby now known as a wonder boy,  whose parents claimed had spoken twice in two weeks after his birth and possesses healing powers had not uttered any word ever since to convince detractors.

based on report,  the baby has reportedly transferred his healing spirit to his mother, who can now heal anyone no matter the spiritual problems especially anytime she carries the wonder boy on her bosom. 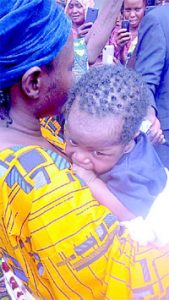 Our reliable source reveals that only the mother of the baby, Mrs. Sikiratu Ajayi, claimed the baby uttered the words “E polongo ogo mi o, e polongo ogo mi o ewe nje o” meaning that the parents should proclaim his power across the universe and that there is efficacy in herbs. She was said to have passed the message to her husband after which the news has continued to spread.