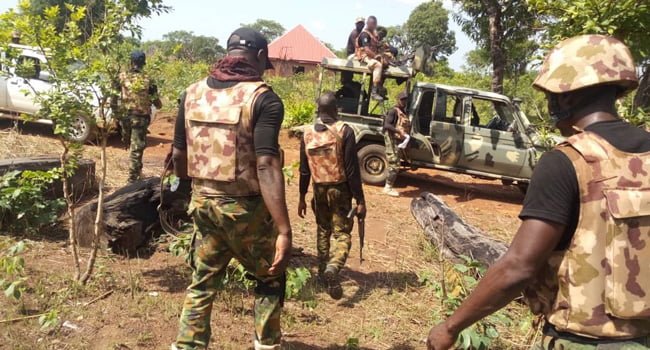 Suspected Boko Haram terrorists, on Sunday evening, attempted to infiltrate Babbangida the headquarters of Tarmuwa Local Government Area of Yobe state, Trait News reports State.According to reports, the attackers who were in a convoy of gun trucks, approached the town in the evening, but their move was cut short when troops of Sector 2 Operation Hadin Kai advanced and engaged them in a gun duel.

The ensuing gun shots created panic among residents of the town who fled to nearby bushes for their safety.

As of the time of filling this report, details of yesterday’s incident remained sketchy as no official statement was issued by Sector 2 despite efforts to get in touch with the Sector’s spokesperson.

He said there was no cause for alarm.

“I got in touch with the Command’s officers in Babbangida and they assured me that they are on red alert even though calm has returned”.

The attempted infiltration of Babbangida by the suspected Boko Haram terrorists was the second in less than a week.

The town, which is about 50 kilometers from Damaturu, the Yobe State capital, has suffered series of Boko Haram attacks in the past.