HomeLIFESTYLETrump to police: Don't be too nice to suspects
LIFESTYLEWORLDUSA

Trump to police: Don’t be too nice to suspects 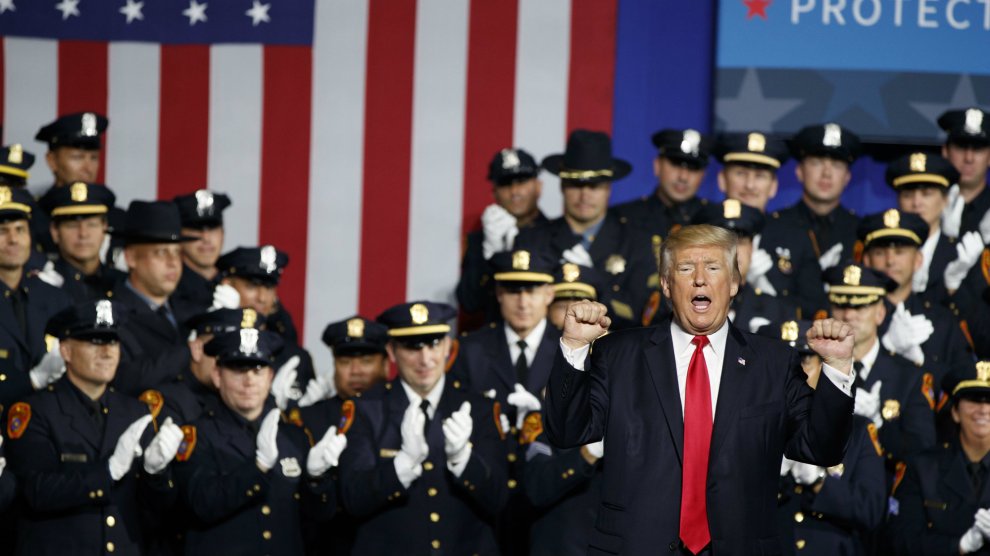 Human rights campaigners, activists and police have raised concern over Donald Trump’s apparent endorsement of police brutality, at a time when officers in the United States are under scrutiny for their use of excessive force.

Donald Trump on Friday advocated rougher treatment of people in custody while delivering a speech on gang violence and illegal immigration.

He told Police officers from the Suffolk County Police department in New York on Friday to “not be too nice” when dealing with suspects.

Trump said his administration was targeting gang members, “but we’d like to get them out a lot faster”.

“Please don’t be too nice,” he said, advising officers to use force when guiding “thugs into the back of a  paddy wagon”.

Trump then spoke dismissively of the practice by which arresting officers shield the heads of handcuffed suspects as they are placed in police cars.

“You could take the hand away,” he said to an audience of federal and law enforcement personnel from the New York-New Jersey area, many of whom applauded Trump’s remarks.