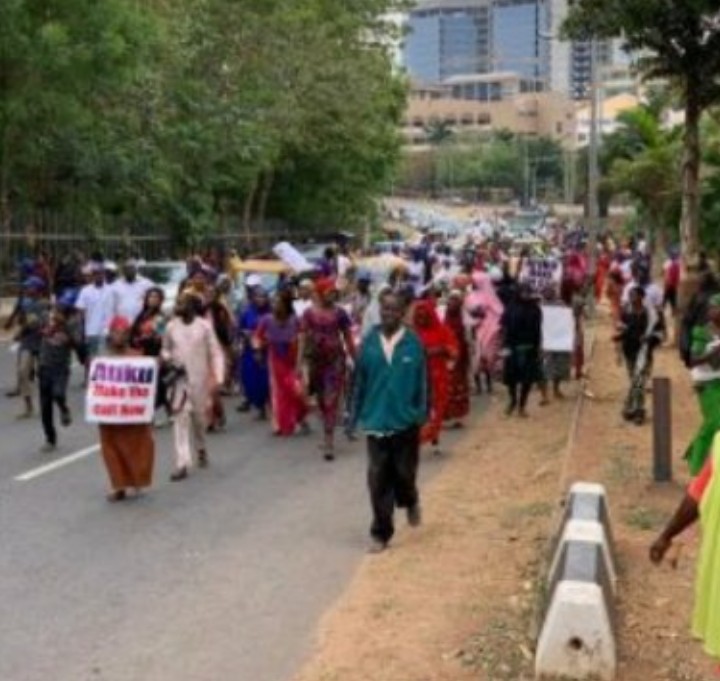 A group of women, Two Million Woman Rally for Democracy in Nigeria, yesterday walked the streets of Abuja, to make a passionate appeal to PDP presidential candidate, Atiku Abubakar, to congratulate President Buhari who was declared winner of last Saturday’s presidential election and concede defeat.

Atiku who has since rejected the results released by INEC last week Tuesday February 26th, has said he will be heading to court to seek redress. He alleged that the election was characterized by mass rigging for the APC.

The women began their march at the Unity Fountain down to Hilton Area before proceeding to the Force headquarters, Eagle Square and back to Unity Fountain.

Led by their leader, Mary Onuche, the women who carried different cardboards with different inscriptions,appealed to Atiku to emulate former President Goodluck Jonathan and congratulate Atiku on his victory.