Black American Rapper, Curtis Jackson also known as “50 Cent” has announced he will be supporting US President Donald Trump in the forthcoming US presidential elections.

According to 50 Cent who is a New York native, he isn’t a fan of Democratic presidential candidate Joe Biden’s tax plan for corporate entities and the rich, so he’s siding with the Trump re-election campaign.

On Monday, October 19, the rapper-entrepreneur posted a photo showing the top tax rates in California, New Jersey, New York State and New York City for Americans earning more than $400,000 a year, according to the tax plan proposed by the Biden Administration.

“I don’t care Trump doesn’t like black people 62% are you out of ya f—ing mind.” 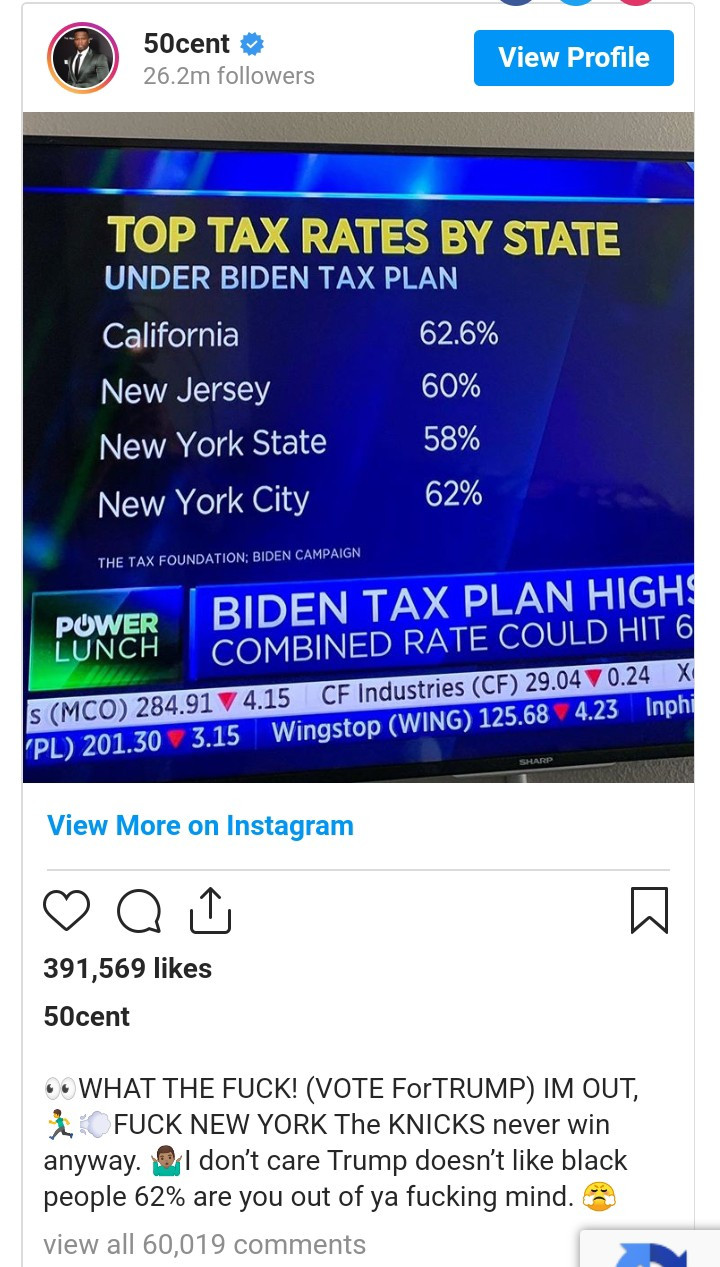 On Tuesday afternoon, October 20, 50 cent also tweeted a confirmation that he will be supporting Trump.

50 Cent, who has made a fortune out of producing hit television shows like “Power” and ‘Stars’, has rejected supporting Trump’s presidential campaign in the past.

He told TV host, James Corden on his late-night show last year that he turned down Trump’s $500,000 offer to come to his 2016 inauguration, saying, “All money’s not good money.” 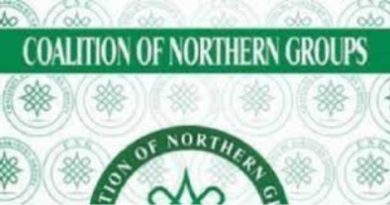 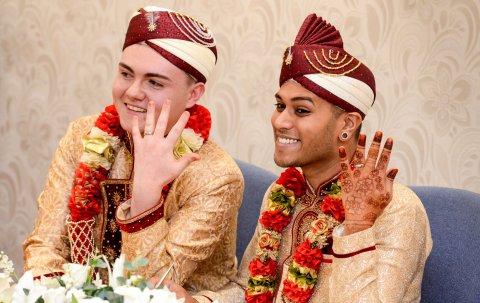