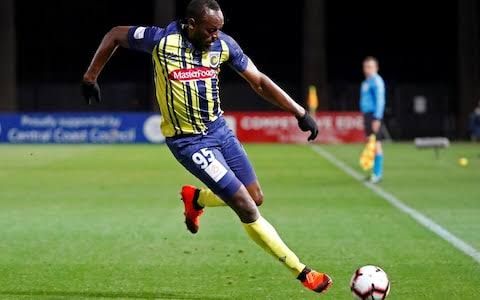 Jamiancian Sprint legend retires from professional football, says “It was fun while it lasted.”

Bolt has had several stints in training and on trial at clubs around the world.

Most notably, he scored twice in a friendly match for Central Coast Mariners but was unable to agree a contract with the Australian club.

“I don’t want to say it wasn’t dealt with properly, but I think we went about it, not the way we should and you learn your lesson, you live and you learn,” he said.

“It was a good experience. I really enjoyed just being in a team and it was different from track and field and it was fun while it lasted.”

As well as his time at the Mariners, Bolt has trained with Norwegian team Stromsgodset and German giants Borussia Dortmund in his quest to become a professional footballer.

Bolt rejected an offer from Maltese club Valletta shortly before his time with the Mariners came to an end. 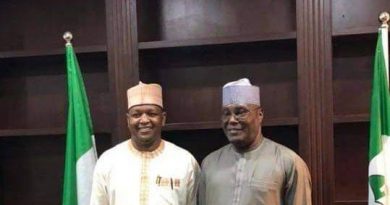 Atiku’s Son in-law, Babalele Abdullahi who was arrested by EFCC has been released

Lagos 2019: I didn’t want to contest for governorship – Agbaje reveals

2019: David Mark reveals why he met with Obasanjo