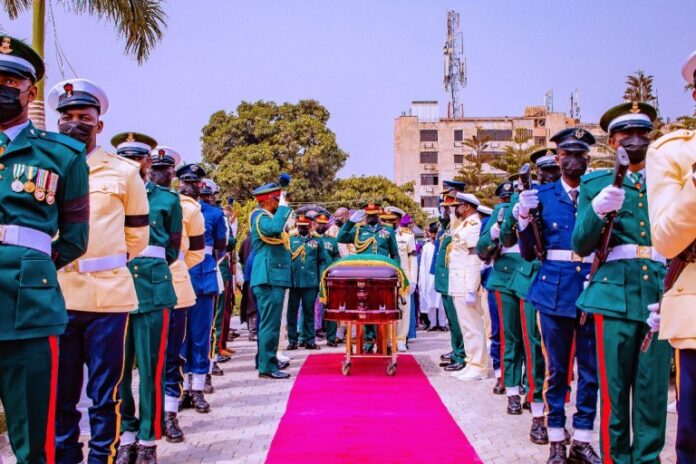 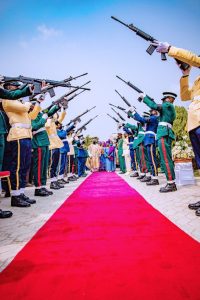 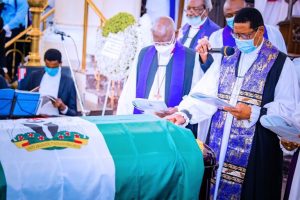 81 Division of Nigerian Army, it was gathered gave 21-artillery gun salute in his honour at Ebony Vault and Garden, Ikoyi, Lagos.
Late Chief Shonekan was the Abese of Egbaland till his last day on earth.
He was the interim head of the Nigerian Government between August 26 and November 17, 1993, when he was ousted in a coup led by the late General Sani Abacha. 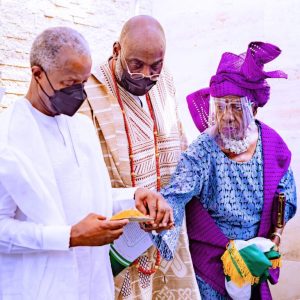 Vice-President Yemi Osinbajo, while speaking at the event, disclosed that the late elder statesman  founded Nigerian Economic Summit Group, an advocacy group and think-tank for private sector-led development of the Nigerian economy after he was overthrown through a palace coup,
He was a British-trained lawyer, industrialist, and former Chief Executive of the United African Company of Nigeria Plc (UAC) before he was appointed as Interim President of Nigeria by General Ibrahim Babangida in 1993.
He was born on May 9, 1936, in Lagos into the family of an Abeokuta-born civil servant. He was educated at CMS Grammar School and Igbobi College
Share
Facebook
Twitter
Pinterest
WhatsApp
Previous articleA Court Judge removed in Adamawa State for gross incompetence
Next articleHow Hameed Ali is Using Technology To Outsmart Smugglers In Concealment Of Contrabands — Customs Spokesman