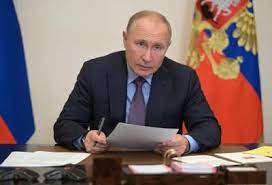 The war in Ukraine takes a new turn as Russia begs China for weapons and aid in its invasion of Ukraine after suffering huge losses, the US has claimed.

US National Security Adviser Jake Sullivan, who is due to meet with China’s top diplomat Yang Jiechi in Rome on Monday, warned Beijing that it would “absolutely” face consequences if it helped Moscow evade sweeping sanctions over the war in Ukraine.

Asked about the reports, Liu Pengyu, spokeperson for China’s embassy in Washington, said: “I’ve never heard of that.”

He said China found the current situation in Ukraine “disconcerting” and added: “We support and encourage all efforts that are conducive to a peaceful settlement of the crisis.”

Liu said “utmost efforts should be made to support Russia and Ukraine in carrying forward negotiations despite the difficult situation to produce a peaceful outcome.”