Warri: A bye-election with national significance 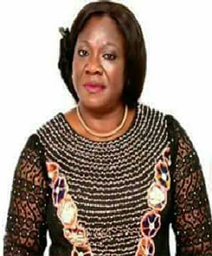 THE outcome of last Wednesday’s by-election in the Warri 1 State Constituency in Delta State may present different meanings for various political stakeholders within the state constituency. Even more, the outcome portends great political significance for the two major political parties, the Peoples Democratic Party, PDP and the All Progressives Congress, APC who were beaten by an otherwise unknown political party to claim the seat.

The PDP which nominally controls the state has its candidate, Ojere Edeyibo beaten to third place with two per cent of the votes. The election result has inevitably laid down for all the strength of the various political stakeholders in the state. The official PDP candidate was presented by the Sheriff faction which has the recognition of the Independent National Electoral Commission, INEC.

The development forced the mainstream PDP on ground in the state to project their candidate through Accord, a political party PDP chieftains in the state had in the past used to rebel against the national leadership of the party. That the PDP candidate came, a very distant third has inevitably put to rest contentions between the Senator Ahmed Makarfi and the Senator Ali Modu Sheriff tendencies in the party over control of the grassroots.

The meaning for other governors is that if Governor Ifeanyi Okowa was able to fight off Sheriff and the APC using another political platform; that they too could so fight it out when faced with similar situations.

That is especially if the crisis in the party is not resolved in the immediate future. The election result is also of great significance for the APC. For one, the spirited effort by some new APC members in the state to use the election to show that they are a force to be reckoned with may have backfired. Emiko, the APC candidate, was projected as the candidate of a prominent APC chieftain who defected from the PDP just after the elections.

The nomination of Emiko had initially generated bad blood as the old members of the party had protested against the party primaries that led to his emergence. The result would also be an embarrassment for the national leadership of the APC which met to decide on the candidate to present for the election.