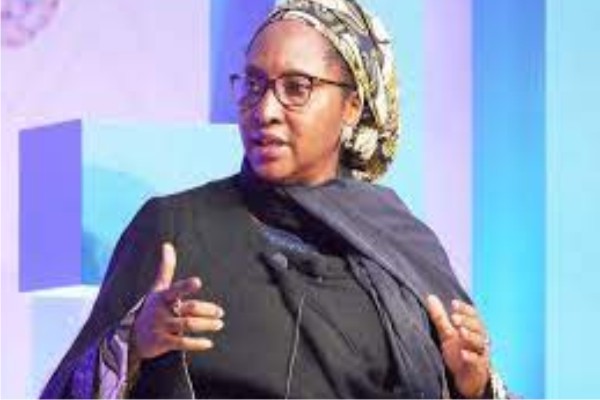 Zainab Ahmed, the Minister of Finance, Budget and National Planning has said the borrowing level for Nigeria is still at 23 per cent of the Gross Domestic Product, adding that government borrowing is sensible and responsible to fund infrastructural projects.

Ahmed made the statement while addressing newsmen on the recent rise in the country’s GDP in Abuja on Monday.

The News Agency of Nigeria (NAN) reported that the National Bureau of Statistics (NBS) recently announced a GDP growth of 5.01 per cent for Q2 2021 for the country.

She explained that the government was borrowing to invest in critical infrastructure including power, water, roads and rails required to enhance business productivity in the country.

“We are borrowing with very close consideration to the sustainability of the borrowing. The borrowing level for Nigeria today is still 23 per cent of the GDP.

“I have said it several times that the problem we have in Nigeria is that of revenue and when you look at the countries that are within the peer group with Nigeria, there are some that had 50 per cent growth that is now at about 70 per cent growth.

“We are at 23 despite the escalated borrowing we had to deal with in 2020 also in 2021 to get a good grip on the economic situation that was occasioned by COVID-19 pandemic and in our case due to the crash in crude oil price.

“We are borrowing sensibly. We are also borrowing to invest in critical infrastructure like power, water, roads and rails which are investments that are required to enhance business productivity in the country today.

“These businesses will grow, they will not only pay taxes, they will also employ people. If we don’t do this, we will regress even from where we are today. It is a necessary investment so we are borrowing responsibly.

“We are making sure what we are borrowing is applying to major infrastructure that will return revenue in the near future,” she said.

Nigeria’s public debt hit a total of N31.01 trillion at the end of June 2020, according to the Debt Management Office.

This means that between May 2015 and June 2020, five years under President Buhari, the country’s debt rose by N18.89 trillion.

As of the end of June 2015, one month after the present regime came into power, the country’s debt profile stood at N12.12 trillion.

Nigeria’s total public debt stock as of September 2020, increased by over N6 trillion in just one year to N32.2 trillion. This is according to the Nigerian Domestic and Foreign Debt report, recently released by the NBS.

Total external debts for the period ended September 2020 is $31.9 billion compared to $31.4 billion as of June 2020, according to nairametrics.

This represents an additional N6.01 trillion when compared to N26.21 trillion recorded as of the corresponding period of 2019. Nigeria expects to borrow more in 2021.

The breakdown shows that external debts accounted for 37.82% (N12.19 trillion) of the total debt stock, while domestic debts at N20.04 trillion represented 62.18% of the total.