Governor of Benue State, Samuel Ortom, has said that the Peoples Democratic Party (PDP) would prevent any form of rigging in the 2019 presidential election overwhelmingly.

Ortom stated this on Monday in Makurdi when a former governorship aspirant on the platform of the PDP, Mr Dave Iorhemba visited him.

“PDP will not only win in Benue but will win majority of the elective positions during the 2019 general elections. The party will also win the presidential election.

“We will support both the Independent National Electoral Commission (INEC) and the Federal Government in order to have credible elections.

“We will also guard against electoral manipulations. Nobody will be allowed to rig election in Benue. We will vote and guard our votes,” he said.

He thanked Iorhemba, for agreeing to step down for him without much pressure from the party leadership, promising to integrate his campaign team into the state PDP main campaign organisation for the overall victory of the party.

He said they would work to ensure that PDP win at the ward, district and LGA levels, stating that they had been doing it over time. 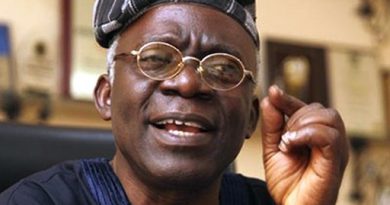 What should be done to Governors who refuse to pay N30,000 – Falana reveals