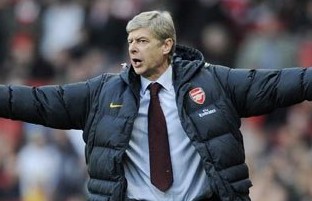 Arsene Wenger has revealed Arsenal were keeping tabs on Dele Alli before he joined Tottenham. Wenger Wenger will tomorrow contest his 50th north London derby – having won on 22 occasions and lost just seven – against a Spurs side featuring Alli, who a number of managers have admitted regret at missing out on signing prior to Tottenham’s £5million swoop in February 2015.

The 67-year-old has previously revealed Arsenal were close to signing some of the world’s most celebrated players at a young age – Zlatan Ibrahimovic, Cristiano Ronaldo and Lionel Messi among them – and he confirmed Alli was another prospect the Gunners scouted. “We watched him many, many times because we watched Milton Keynes a lot,” said Wenger. “He played at Milton Keynes. It’s down the road from here.

“You have to say that he has done extremely well, and he has developed very well into a very complete player. He is dangerous and scores goals – I think he’s scored 16 or 17 goals this year, so it’s absolutely marvellous at his age. They’ve done well to buy him and give him a chance. They deserve credit for that.”