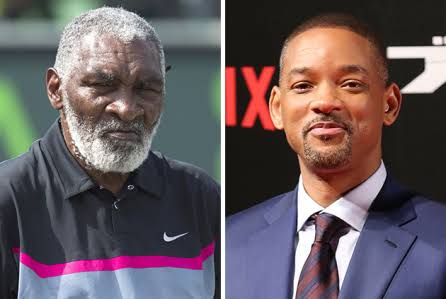 Award winning American actor, Will Smith will be playing Richard Williams, the father of tennis stars Venus and Serena Williams, in the movie “King Richard.”

But It’s yet unknown if the Williams sisters will be involved in the project.

According to Variety, the film, based on a script by Zach Baylin, will center on Richard Williams overcoming hardship, skepticism, controversy, and his own troubled past to instruct his daughters, starting when they were four years old on the tennis courts of Compton, Calif.  despite not having a background in tennis.

It was also revealed that Tim and Trevor White will produce the movie under their Star Thrower Entertainment banner, which has backed “The Post,” “Wind River,” and “Ingrid Goes West.” Smith will also produce under his Overbrook Entertainment company.

The executive producers include Allan Mandelbaum from Star Thrower Entertainment and Caleeb Pinkett from Overbrook Entertainment.