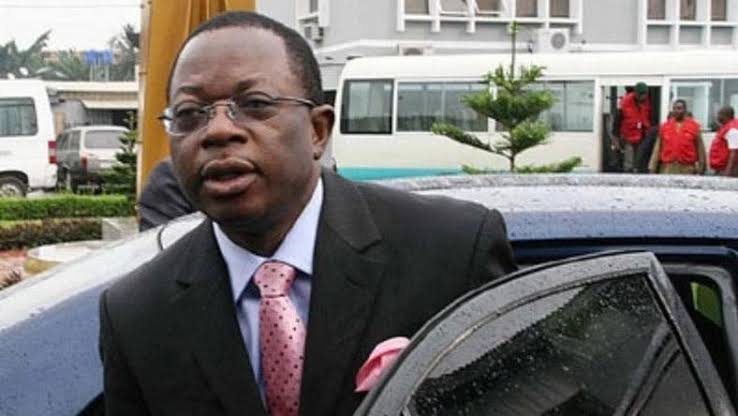 A prosecution witness, Abdulraheem Jimoh who is a prosecution witness in the ongoing trial of Erastus Akingbola, a former Managing Director of the defunct Intercontinental Bank Plc, on Wednesday, March 13, 2019, told Justice Mojisola Olatoregun of the Federal High Court sitting in Ikoyi, how the defendant diverted funds from the bank and bought some properties in London for the total sums of £9.7m.

The prosecution had, on Tuesday, March 12, opened the trial of the former bank chief.
One of the counts reads: “That you, Dr. Erastus B.O. Akingbola, whilst being the Managing Director and Chief Executive Officer of Intercontinental Bank Plc, between November 2007 and July 2008, at Lagos within the jurisdiction of this Honourable Court, caused to be created a misleading appearance of active trading in the shares of Intercontinental Bank Plc on the Nigerian Stock Exchange, by being connected with the utilization of an aggregate sum of N179, 385, 000, 000 (One Hundred and Seventy- Nine Billion, Three Hundred and Eighty-five Million Naira) of the bank’s funds for the purchase of Intercontinental Bank Plc’s shares.”

At the resumed hearing today, Jimoh a former Chief Inspector with the defunct Intercontinental Bank, told the court how he unravelled fraudulent transactions by Akingbola.

Led in evidence by the prosecution counsel, Rotimi Jacobs, SAN, the witness said: “I was given a letter by the Management of the bank, which came from Tropics Securities Limited, a company owned by Dr. Erastus Akingbola, his wife and some other shareholders.

“The letter was addressed to the Group Managing Director, Dr. Erastus Akingbola and was attentioned to Mr. Olayinka Adebiyi, requesting the payment of N10billion, N1.2billion and N4.3billion to Tropics Securities Limited and other companies”.
“Investigation report on the issuance of N10billion to Tropics Properties, Tropic Securities Limited and Bankinson Nigeria Limited showed the monies paid and cleared by Access Bank were said to have been used to pay for the “indebtedness to Access Bank”.

The witness said the N10b fraud was discovered by the bank and later forwarded to him for further enquiry.
In his further evidence, he said he discovered, during investigation, that the defendant acquired properties in London with the sums of £8.5m and £1.2m allegedly diverted from the bank.

He added: “This was discovered when the bank received a letter via e-mail from Deutsche Bank of London.
“Monies were transferred to Soo-Kok Holdings Limited; Tofa General Enterprises; Cinca Nigeria Limited; Harmony Trust and Investment Limited; Stanzus Investment Limited.”

Counsel to the defendant, Wole Olanipekun, SAN, during cross-examination, confronted the witness with a documented evidence he gave to an Ikeja High Court some years ago, where he contradicted himself over his MBA qualification.

“I enrolled, but the MBA programme was aborted because I didn’t finish some project works in 2000 from the University of Ilorin”, the witness told the Judge.
Olanipekun also told the court that the witness was misleading the court, adding that “The witness is not a witness of truth and, therefore, should not be believed by the court of his testimony.”

“I sat beside the person who typed the statement, while I dictated the hand- written statement to her.”
Under further cross-examination, he said he never interrogated or met with the defendant.
The witness, however, admitted to have interrogated various Heads of Departments in the bank.

“I interrogated various Heads of Departments in Intercontinental Bank because they acted upon the instructions of Akingbola”, the witness said.
The witness also told the court that no loan was granted to the defendant or his companies.
Justice Olatoregun adjourned the case to March 14, 2019 for continuation of trial.

The defendant was first arraigned before Justice Mohammed Idris of the same court on a 26- count charge of fraud, granting reckless credit facility, abuse of office and mismanagement of depositors’ funds in 2009.
The case was later transferred to Justice Charles Archibong on October 25, 2010.

Justice Archibong, however, struck out the charge for want of diligent prosecution by the prosecution.
Dissatisfied, the Commission approached the Court of Appeal on February 20, 2015.

The appellate court, in its ruling, overturned the judgment of the trial court.
The defendant subsequently headed for the Supreme Court, where the decision of the Appeal Court ordering him to face the charges preferred against him by the EFCC was affirmed.

The prosecution counsel, Mr. Mabas Mabur, represented the EFCC in the case.