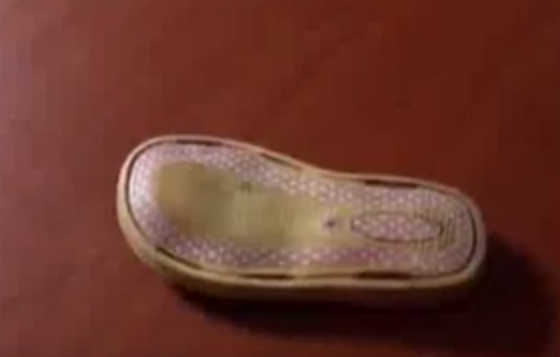 25 year old woman known as Amina Usman on 30th August reportedly gave birth to ‘slippers’ at the Azare General Hospital in Katagum local government area of Bauchi state . According to a report by our source, Amina was taken to the hospital after she complained of abdominal pains. however, after meeting with the Principal Nursing Officer, Ahmed Yeru, after observation said nothing was wrong with her.

“On just a physical examination, I discovered that it was a claimed sickness and not an actual sickness. So what I prescribed for her was only paracetamol and I told her to come the following day to see the doctor” the nurse said.

According to the nurse, few minutes after he left the young lady and her family, he was called back and the family told him that the woman had delivered a slippers. He however stated that the young lady had no pregnancy sign during the time he examined her.

“Going out, I was called that the woman had delivered a slippers. There was no sign of pregnancy in that woman”he said. Amina till the time of this report is still on admission at the maternity ward of the hospital.