HomePOLITICSYou did not make Buhari president in 2015 – Presidency fires back...
POLITICS 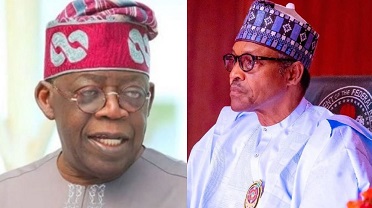 Barely few hours after the All Progressives Congress national convention kicked off in Abuja, the presidency has responded to the outburst credited to former Lagos State Governor, Ahmed Bola Tinubu, insisting that he alone didn’t facilitate the victory of the President in 2015.

Senior Special Assistant on Media and Publicity to the President, Garba Shehu, gave the response exactly five days after Tinubu had seized an APC delegates forum in Ogun State to recount how he variously facilitated the emergence of Buhari and his Vice, Yemi Osinbajo in 2015 and 2019.

While Tinubu’s outburst elicited strong reactions from cross sections of Nigerians, Shehu, in an apparent move to defend his principal, said many other people contributed in one way or another to the victory of the President.

Shehu in an apparent move to mock the APC leader, said it is not surprising that on the eve of the All Progressives Congress (APC) flagbearer primary, there are those running as candidates who wish to associate themselves with the President’s rise to elected office seven years ago.

According to the presidential spokesman, there are many people who played parts large and small in his historic election in 2015, making history as the first opposition candidate to defeat a sitting president with power changing hands peacefully at the ballot box.

He said some even advised the President to run again; those who decided to build a political party – the APC – that could finally be the political vehicle capable of delivering victory where all other opposition parties and alliances before it had failed.

According to him, those decisions may have been agreed upon by a few. But they were delivered by thousands and voted for by tens of millions. No one can or should claim to have made this possible.

In taking Tinubu to the cleaners, the Presidency said as important as that moment was, it is not what should decide the next general election.

Shehu also insisted that what should matter now is the future: the policy platforms, the ideas, the drive, and the determination to take over the President’s stewardship of our country and build upon his legacy to make our country better than it has ever been.

“The person most demonstrable in those qualities is the one to lead our party and our country forward,” the presidential aide stated.

Meanwhile, more intrigues appear to be trailing the ruling party’s national convention as its National Chairman, Abdullahi Adamu may have endorsed the Senate President, Ahmed Lawan as the consensus candidate, in clear contradiction with the Northern Governors’ position that Buhari has no preferred candidate, hence, power should shift to the South in 2023.