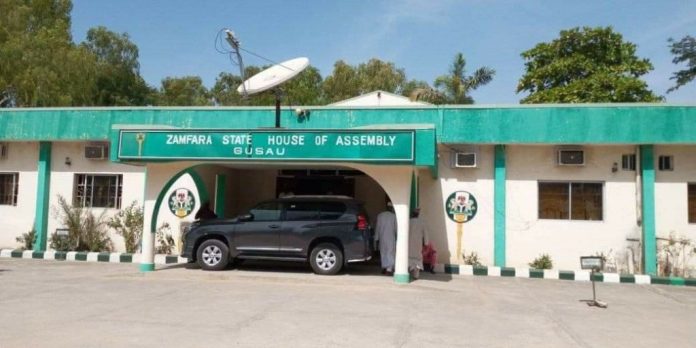 The Zamfara State House of Assembly has reduced the 2021appropriation bill by more than N16 billion.

This is according to a press statement signed by the Director General, Press Affairs of the House, Comrade Mustapha Jafaru Kaura and made available to newsmen in Gusau, the State capital.

The statement noted that the decision of the House to cut down the budget was due to an executive request sent to the House by Governor Bello Mohammed Matawalle through a letter signed by the Secretary to the State Government, Alhaji Kabiru Balarabe.

According to the statement, the letter was read at the floor of the House by the Speaker, Hon. Nasiru Mu’azu Magarya.

“Owing to security challenges facing the State and dwindling economic growth of the State as at now, the government of the State cannot carry on with the huge budget deficit hence the need to cut down the budget by about N16 billion”, the Speaker added.

“The statement further stated that the leader of the House, Hon Farouq Musa Dosara appealed to his colleagues to give the executive request an accelerated hearing and subsequent passage into law going by the exigency of the bill.

Hon Dosara further explained that since the budget was passed by the House early this year, it was not out of place to review the budget downward.

In his contribution, the member representing Maru North, Hon Yusuf Alhassan Kanoma said the 2021 revised budget is not in any way different from what happened in 2020 budget when the House deliberated and downsized the budget due to COVID-19 pandemic.

The lawmaker called on his colleagues to give the executive request a speedy passage to allow the state government continue with its policies and programs.

Commenting on the issue, the Deputy Speaker, Hon Musa Bawa Musa Yankuzo said that the good works of late Hon Muhammad G Ahamad, who was then the Chairman, House Committee on finance and appropriation that worked very hard to see to the passage of the budget should not be left unnoticed.

Yankuzo explained that late Hon Muhammad G Ahamad would always be remembered by the Hon House and the lawmakers in the House.

Ruling on the issue, the Speaker, Nasiru Mu’azu Magarya commended his colleagues for the maturity shown in the entire deliberation process and ordered that the bill be given first and second reading.

He directed the House Committee on finance and appropriation, chaired by Hon Shamsu Hassan Basko to scrutinise the bill and report back to plenary in the next one week.