HomeNEWSZoning: Nigeria May Cease To Exist If North Retained Power in 2023...
NEWSPOLITICS 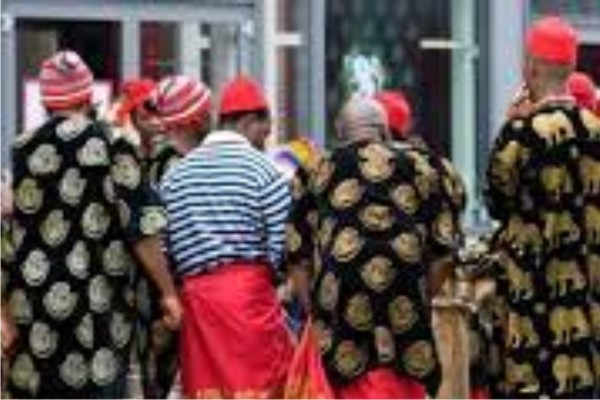 The youth wing of the apex Igbo socio-cultural organization has reacted angrily to the Northern governors rejection of power shift to Southern Nigeria in 2023.

Recall the governors during their meeting in Kaduna said the demand for a power shift to the South was unconstitutional and would not fly.

The development has since attracted wild condemnations from their Southern counterparts and various groups.

In a statement by the President-General of the Ohanaeze Ndigbo Youth Council Worldwide, Mazi Okwu Nnabuike, he said Nigeria may cease to exist in 2023 if the Northern governors failed to adjust their stand.

He said in the statement that “It is now clear that the North is not committed to the unity of Nigeria despite their deceitful and hypocritical behaviour.

“We cannot understand why it should be difficult to allow an Igbo man access to the Presidential seat several years after the return to democracy in 1999 but the same Igbo man is being forced to remain in the same country.

“It is not tenable that Ndigbo would be forced to remain in a marriage where they have nothing to benefit except to serve as sacrificial lamb and the blood for sacrifice. We are no longer going to accept that.

“The Northern governors have clearly shown that they don’t mean well for this country, rather they are preparing to throw the country into a serious turmoil ahead of the 2023 election.

“The Ohanaeze youths want to reiterate that should the two dominant political parties, the PDP and the APC fail to zone their presidential tickets to the South-East, every Igbo man and woman will become an agitator and you know what that means.

“They should get ready to severe the country since an Igbo man is not fit enough to be the President of Nigeria. We have had enough and this madness must have to stop,” Okwu warned.